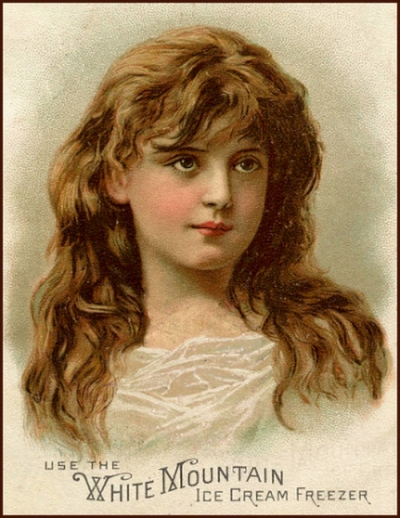 From the tenor of their conversation, it seemed the woman placing her order had been a customer of the meat market for some time. At least the clerk had known her long enough to ask, “Do you want seven chicken breasts, or have the kids gone back to school?” After a moment’s thought, the woman said, “One’s still at home, but she doesn’t like chicken. Two will be enough.”

“What about a roast?” the clerk said. “Are you ready for a nice pork loin, or some chuck?” The woman sighed. “No. Not yet. I can’t bring myself to turn on the oven in this heat. Besides, roasts are for winter.”

That’s when I smiled, recognizing a woman who shared my preferences. I don’t crave pot roast in summer any more than I long for gazpacho when I’m trying to thaw out in January. Some dishes appeal throughout the year, but certain foods, whether from habit or preference, remain confined to one season.

As I pondered my own list of seasonal foods, it occurred to me that ice cream manufacturers are in a tricky spot. It would be easy to associate ice cream only with warm weather: a refreshing treat for days when temperatures soar. For decades, families spent summer afternoons churning homemade ice cream, just as the churches turned to ice cream socials as summer fund-raisers. The sound of the roving ice-cream seller’s bell was a summer sound, and summer trips to the ice house were as often for ice as for beer.

To break the connection between ice cream and summer — and to make a profit even in the depths of winter — companies had to find new ways to attract customers.

One of the most effective methods has been the establishment of seasonal flavors, and Texas’s beloved Bluebell Creamery has mastered the approach. Aficionados of the brand have learned their ice cream calendar by heart: peppermint in December and January, Mardi Gras in March, homemade vanilla with peaches or strawberries in early summer, and southern blackberry cobbler as August turns to September.

Fall deserves it’s own flavors, of course; spiced pumpkin and butter pecan are sheer perfection. When they appear on store shelves in the weeks between summer’s peaches and holiday peppermint, everyone knows that falling leaves, crisp air, and pot roast can’t be far away. While we wait for the end of summer’s interminable heat, we enjoy: waxing poetic over the virtues of a traditional and quite tasty treat.

will do in a pinch if

no one is watching, no one

complaining, no one advising

sweet moderation when offered the

For more information on the Etheree, a syllabic poem that, in its basic form, contains ten lines and a total of fifty-five syllables, please click here .

126 thoughts on “The Taste of Memory”