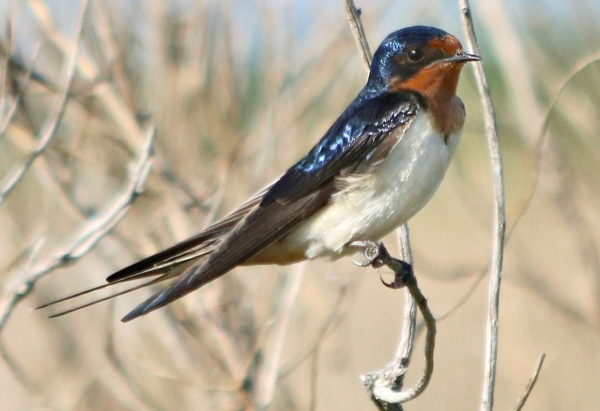 When the Ukrainian National Chorus performed before a sold-out audience in Carnegie Hall on October 5, 1921, a song known as Shchedryk was particularly well-received. Already popular in other parts of the world, the song had been composed by Ukrainian Mykola Leontovych, a musician commissioned by another choir director, Oleksander Koshyts, to write a song based on Ukrainian folk melodies. To meet his obligation, Leontovych turned to the simple melody and lyrics of an ancient well-wishing song associated with celebrations of the Orthodox New Year (January 14 in the Gregorian calendar).

Eventually, an American choral director named Peter Wilhousky heard Leontovych’s work. Wilhousky, who also enjoyed creating new arrangements of traditional works, was inspired by Shchedryk’s bell-like ostinato to attempt to capture the sound for his choir. After writing new lyrics, then copyrighting and publishing the song in 1936, several choirs under Wilhousky’s direction began performing his work during the Christmas season, introducing it as the “Carol of the Bells.”

Thanks in part to his Czech heritage, Wilhousky was familiar with an old Slavic legend that, at midnight on the evening Jesus was born, bells began spontaneously ringing in his honor. Wilhousky’s ability to capture that echo of ringing bells helped to make “Carol of the Bells” extraordinarily popular, especially in the United States and Canada.

Today, nearly two hundred instrumental and vocal arrangments of the “Carol of the Bells” exist, but neither Leontovych’s Shchedryk nor the folk tunes it drew from mention  bells or Christmas. The song we know as a Christmas carol began life as a Ukrainian New Year’s carol with distinctly pagan roots.

Both koliadky and shchedrivky include imagery from nature. One tells of a landowner who is awakened by a swallow and urged to prepare for three guests coming to his house: the sun, the moon, and the rain. The shchedrivka known as Shchedryk tells of a swallow coming to a landowner’s house and inviting him to survey his bountiful flocks and fields.

The koliadky and shchedrivky depict scenes from farm life and express the desire for good harvests, prosperity, good fortune, and health. They are remarkable for their wealth of subject matter and motifs, which vary with the person who is addressed and praised in each carol.

The carols dedicated to the master deal with farm work: they glorify prosperity, the happiness of a well-off farmer, and his well-being. The songs for the young bachelor depict his strength, courage, and good looks. The carols for girls praise their unmatched beauty, wisdom, deep love, diligence, and respect for parents.

The descriptions of prosperity, beauty, and wisdom are magical incantations intended to secure the described effects.

Leontovych’s Shchedryk perfectly captured the beauty of Ukrainian shchedrivky: the well-wishing tunes were a beloved tradition. Unfortunately, not everyone wished Leontovych well. He became a martyr in the Eastern Orthodox Ukrainian Church after being assassinated in his parents’ home in Markovka on January 25, 1921, by an agent of the Cheka (Soviet Secret Police).

Visiting my grandparents in their small hamlet near Poltava, I loved walking around on January 13th and smelling the heady aromas in the crisp, wintery air–mlyntsi (crepes), varenyky (boiled dumplings), poppyseed bubliki (bagels), and garlicky holodets (pork in aspic).

As soon as evening falls, groups of boys and girls, with me, a curious city kid, in tow, would go around singing “Shchedryk” and other festive verses. And taking a goat for a walk.

The most intriguing of all Shchedriy Vechir customs is to make visiting rounds with a goat, and not just any goat: a female goat, or “koza.” In many cultures, goats are not considered noble animals, but in Ukrainian folk beliefs, the she-goat is a symbol of fertility, wealth and good fortune. Being visited by koza, a she-goat, on the New Year’s Eve is considered lucky.

Luck, magic, incantation, ritual: there are hints of all four in New Year’s Eve celebrations around the world. While ringing in the New Year with bells is a lovely tradition, singing in the New Year with power-filled incantations has its own appeal. Whether you ring or whether you sing, may the swallows wing their way to you, and may you be granted a happy and prosperous 2021.

Paintings in the video are those of the Russian-Ukrainian artist Vladimir Orlovsky (1842-1914).

Below, the first four lines of the song are written in the Cyrillic script used in Ukraine. A transliteration and full English lyrics follow.