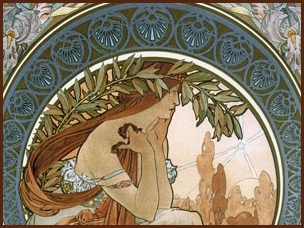 As November 15 approaches, we’re nearly halfway through National Novel Writing Month.  I’d never heard of the event (NaNoWriMo to the cognoscenti) until it was mentioned by Becca, of Write on Wednesday.  Initially I paid it little mind, even when I realized several Write on Wednesday contributors were going to participate.  But NaNoWriMo began popping up everywhere on the Web, as though it suddenly had found a new and better PR firm.  Even the WordPress Forums weren’t immune.  Promoters there sounded a bit like Ron Burgundy.  NaNoWriMo, it seemed, was “sort of a big deal”.  I decided I should pay attention.

The first reason is that I’m not a fiction writer at heart, and I know that.   Becca’s original question about NaNoWriMo  – “Do you have a novel inside you waiting to get out?” – did send me off to have a look around my mental premises.  I reached back into the crannies of my mind, opened up drawers filled with preconceptions and sorted through piles of prejudices.  I pulled out my passions and interests from under the bed, rearranged the stacks of leftover sentences and paragraphs in the back closet and even checked behind my little stash of preferences and neuroses.  There’s no novel in there, anywhere.  I’m not surprised.  I read very little fiction by choice, generally being led to an author’s fiction by their essays or letters.  So, there’s no particular reason to believe the desire to write fiction would be lurking around the edges of my life.

But there’s another reason I chose not to participate, and it would keep me on the sidelines even if the challenge was non-fiction writing.  When Becca desribed the program, I thought surely she had paraphrased the point of NaNoWriMo.  She had not.  On the organization’s own page, I found these words (emphases mine):

“Valuing enthusiasm and perseverance over painstaking craft, NaNoWriMo is a novel-writing program for everyone who has thought fleetingly about writing a novel but has been scared away by the time and effort involved. Because of the limited writing window, the ONLY thing that matters in NaNoWriMo is output. It’s all about quantity, not quality. The kamikaze approach forces you to lower your expectations, take risks, and write on the fly. Make no mistake: You will be writing a lot of crap. And that’s a good thing. By forcing yourself to write so intensely, you are giving yourself permission to make mistakes. To forgo the endless tweaking and editing and just create. To build without tearing down.”

Reading the words, I was astounded, overcome by my visceral reaction to a paragraph diametrically opposed to every conviction I hold about writing.  When I began to write, I learned first about the time required, and soon after about the effort.  The first poem I wrote, from which the title of this blog is taken, was called The Task at Hand, and its first line reads,“Even the right word takes effort…”  Faulker may have written As I Lay Dying in six weeks, but Annie Dillard sees that work for what it is: the exception.  As she says in her remarkable The Writing Life,

“..perhaps twenty people can write a serious book in a year.  Some people lift cars, too. Some people enter week-long sled-dog races, go over Niagara Falls in barrels, fly planes through the Arc de Triomphe. Some people feel no pain in childbirth.  Some people eat cats.  There is no call to take human extremes as norms.”

Since time and effort are normative for most writing, if there is not to be pleasure, illumination, shared understanding, surprising insights at the end – what is the point?  Perhaps if I intended only to put away my pages on the closet shelf after writing the last word, I’d feel differently.  But I suspect not.  Ars longa, vita brevis indeed, and the compulsion to create can consume a life like flames licking away at piles of discarded manuscript.  If my time and energy produce a result worthy only of being hidden in the closet or destroyed by a disgruntled muse – why bother?

A worthy result is dependent upon commitment to quality, and an equal commitment to structures capable of supporting both the process and product of the writer’s work.  The assumption that “tweaking” and editing, tearing down and rebuilding have nothing to do with creativity is simply wrong.  Without form and structure, without a command of our language, an understanding of its possibilities and commitment to the disciplines necessary for its flowering, literary creation is impossible.

I’m willing to allow that “endless” fiddling is frustration on the hoof, ready to run roughshod over the hapless writer.  But the assumption that you can “just create”, piling inchoate sentences on top of one another like so much half-cooked pasta is simply wrong.

As the builders of the Transcontinental Railroad knew, no matter how much track you lay, it isn’t going to do much good if you’re going in the wrong direction.  Too many novels (essays, short stories, poems) have been forced to make 90 degree turns at the end, and still miss their Promontory by a mile.  It’s never a satisfying conclusion for a reader, and much of the problem is simple lack of attentiveness by the author: a failure to get out the compass or look at the sun, and be sure that the direction is true.

My quarrel here is not with writers who have taken up the challenge.  Some are attempting to deal with writer’s block.  Others are looking for new ways to discipline their writing, or for a shared sense of creative community.  Some simply love a challenge, or want to experience the pressure of a deadline.  None of that offends me.

I am offended by those who entice writers to forego structure, effort, the vertiginous thrill of immersion in the creative process – all in the name of crap.  Whatever their true purpose – from one perspective, it looks purely commercial – they have lowered the bar so near the ground the only challenge it poses is not stubbing my toe as I step over it.

If the goal of NaNoWriMo is merely to produce 50,000 words, the focus on quantity alone makes sense. But if the goal is to write,  why offer nothing more than the chance to produce “crap”?  Why not encourage effort and discipline, an opportunity to understand structure and clarify vision?   In a society so marked by mediocrity and laziness, hunger for quick fixes and demands for immediate gratification, why encourage the fantasy that 50,000 robotically counted words alone a novelist make?

Of course, the NaNoWriMo folks are utterly justified in turning to me and asking, “And you.  What gives you the right to criticize?  You have no novel.  You have few publishing credits.  You have neither reputation nor name.”

And that is true.  But I have readers, who make their presence known.  I have visions, that I seek to clothe in words.  I have the night, and the silence, and the murmuring voices that fill it.  In the end, I have been satisfied more than I have been disappointed with my writing, and I never, ever have produced crap.

Those who are continuing on with their NaNoWriMo projects have my support, and I’ll be keeping an encouraging eye on the Write on Wednesday group especially.  They made their choice, and I made mine, and the very process of making those choices will help determine our paths into the future.

But I must say – I find it intriguing that the NaNoWriMo folks chose the metaphor of Kamikazi for writers who participate in their program.   The Kamakazi, after all, were the ones who chose to go down in flames.

New on Lagniappe ~ Red and Blue: Those Texas Hues